On a Uganda safari you will see a variety of wildlife, herbivores, cats, dogs, amphibians, primates, and reptiles. Today we take a look at the various reptiles you will find in the Pearl of Africa. 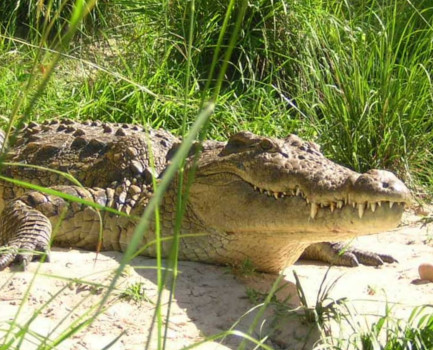 What are some of the reptiles found in Uganda?

Crocodiles: The Nile crocodile is the biggest reptile you will see on a Uganda safari trip. These can be seen on a boating trip along the Nile in Murchison falls national park, or along Kazinga channel and on Lake Mburo. The Nile crocodiles mostly feed on fish but can prey on mammals if they get close to them.

Snakes: There are many different kinds of snakes found in Uganda. Snakes are mostly dangerous and the good thing here is that they are quite shy, and usually slither away when they sense someone approaching. But you will be able to spot a python or two while on safari in Uganda.

What are some of the snake types that can be found in Uganda?

There is a variety of snakes in Uganda, and these include:

The Puff Adder: this is one of the most common snakes in Uganda although not often seen by visitors to the country. It is usually found in the Savannah parks, and mostly feeds on rodents but will strike at a human if it feels threatened.

The Rock Python: This is the largest snake in Africa. It is usually over 5 meters in length and has gold on black mottled kind of skin. They are not venomous but will kill their prey by strangulation. They wrap their bodies around the prey swallowing it whole. After that they can go off and nap for a as two months. They feed on large rodents, small antelopes and could kill a small child. The best place to find the rock python is a bat cave in Maramagambo forest in Queen Elizabeth National Park. 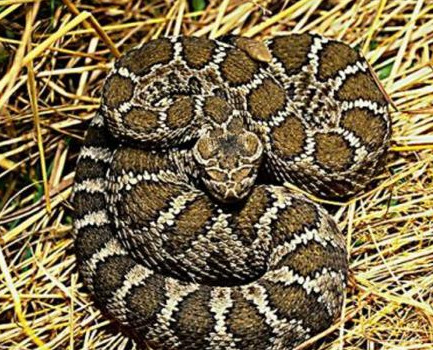 Black Mambas: The black mambas are very poisonous snakes that have reportedly killed many people. They move really fast, much faster than humans and usually only strike out when they are attacked. They are not black, as their name would suggest but the interior of their mouth is black. They are mostly found in the eastern part of Uganda.

Green Mambas: green mambas are not as aggressive as the black mambas but are also poisonous. They are usually found in trees, shrubs, bushes sometimes even the roofs of people’s homes

Gabon Viper: This is the largest African Viper. It is over 2 meters long, has a heavy build, black and brown skin pattern with some gold on it. A perfect mix for camouflage in the rain-forests of Uganda.

Boom Slang: boom slang is a tree snake which is non-fangs, and not aggressive and yet is very toxic. There are no reports of fatalities in Uganda from this snake.

Mole Snake: this snake measures up to 2 meters in length and is found in the Savannah parks and feeds on moles as the name suggests and other rodents.

Egg Eating Snakes: These snakes feed on bird eggs as suggested by the name. They swallow the egg whole and regurgitate the shell some time later.

Any other reptiles in Uganda?

There are also numerous lizards of different kinds that can be seen in Uganda. These are usually harmless, so you do not have to be scared if you come across one.

There are Chameleons too. These are the reptiles famous for their camouflage abilities. Uganda has many chameleons, but they are rarely seen, especially if you are visiting for only a few days. 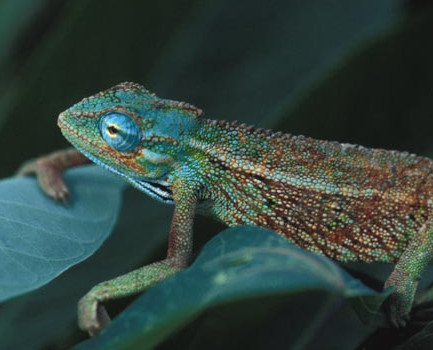 Types of chameleons include:

The Flap-Necked Chameleon: usually found in the Savannah and wooded areas. It is about 15 cm long, bright and green in color, but they can grow to double in size and will turn tan or brown under certain conditions.

The Graceful Chameleon: Yellow and green in color, and white stripe along the flanks of it.

Giant Chameleon: It is bulky and dark green in color with yellow stripes and a small horn. It feeds on small reptiles and insects.

Other reptiles include the house gecko-which you’ll probably see in your room, tortoises, and terrapins-which look a bit like tortoises and turtles.

If you are a visitor on Uganda safari chances of you seeing most of the snakes mentioned are very minimal but reptiles that you are sure to see especially if you visit some of the national parks include the Nile crocodile, monitor lizards, chameleons, and occasionally a turtle.

Karumuna safaris you trusted travel partner, we have got good experienced guides who will make your safari a much perfect one and a memorable one, reptile lovers you are covered with our best experience

For more info and reservation: